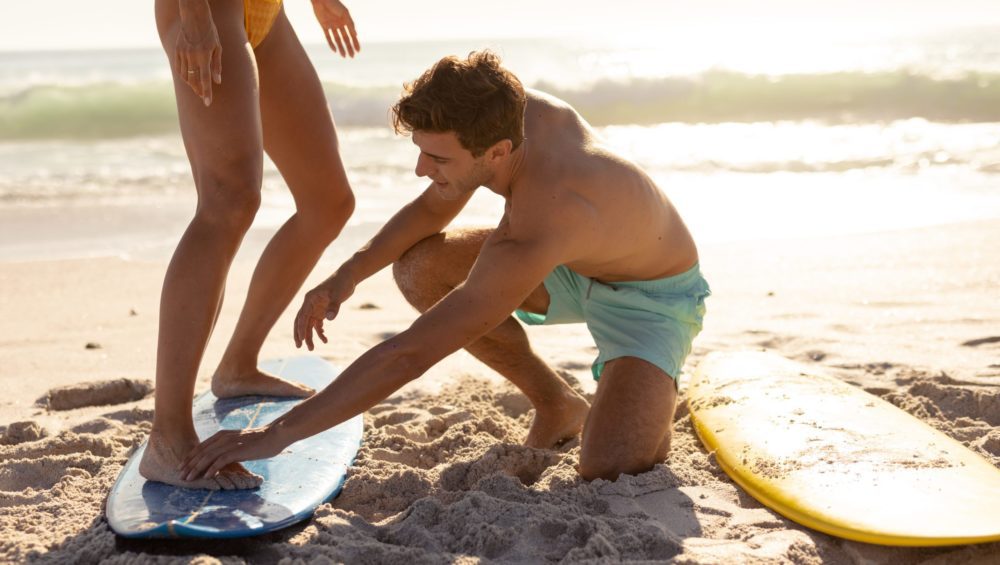 Cool off, exercise and move like a fish in the water. The popularity of the surfing industry in the Netherlands and the rest of the world is still increasing considerably. Learning to surf in the Netherlands is especially popular in the summer. There is something magical about surfing and sometimes it even looks like you can float through the water. Yet surfing is one of the most difficult water sports to learn.

Learning to surf in the Netherlands: 4 important rules for beginners

The most important rule when learning to surf in the Netherlands is that only one surfer is allowed to take a wave. This basic rule is important to avoid collisions with others and the resulting injuries. The surfer who is first on the wave has the right of way. Is the surfer not on the wave yet? Then the one who surfs the most on the inside gets priority. How do you know who surfs the inside the most? This is the one that surfs closest to the foam head.

The second important rule when you want to learn to surf is that you must not hinder other surfers. Derived from the basic rule that only one surfer is allowed to take a wave, it is important to avoid the surfer sitting on a wave. Why you should avoid the surfer? If you don’t, there is a chance that he or she will have to try to avoid you and accidents could occur. So quickly paddle in a different direction and point your surfboard towards the horizon to avoid being swept up by the wave.

3. Don’t surf where people are swimming

This rule seems pretty obvious, but it still often goes wrong. Every summer, clashes between surfers and swimmers are a reality. An important rule when learning to surf in the Netherlands is that you are not allowed to surf where people are swimming. For the safety of both swimmers and surfers, it is forbidden to surf within a so-called swimming zone. Are you doing this? Then you can receive a fine. In Scheveningen, the municipality is considering introducing zones for swimmers, surfers and water sports enthusiasts .

4. Don’t go against the flow

Finally, when you want to learn to surf, it is important not to fight against the current. Besides that this is a waste of your energy, it is also dangerous. Do you feel that the current wants to pull you along? Then you have probably ended up in a mule. This is a deep stretch of sea where there is a strong current that drags you into the sea. So let yourself be carried away by this current. Then paddle or swim to the left or right and move towards the coast via the sandbanks. It is important that you do not get on the surfboard too tired. This can be dangerous! Before you go into the sea, also check where the ripples are. You can recognize a ripple by the lack of crashing waves. So struggle through the white foam to avoid the strong currents!

Now that you know the basic rules in the water, it’s time to start taking lessons and learning to surf. And where better to learn to surf than at a sustainable surf school on the Dutch coast? After your lesson, have lunch in the accompanying surf cafe and discover the tastiest organic snacks and meals!

Do you want to learn surfing in the Netherlands? Book your first surf lesson right away !

Do you find it exciting to book with a new platform? Get in touch with us!

Be the first to get our new trips in your inbox and stay up to date with the latest travel news? Sign up for our monthly newsletter!

For all your questions